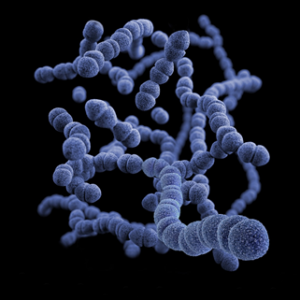 The persistent overuse of antibiotics has led to the evolution of antibiotic resistant pathogens, or “superbugs,” which can cause severe life-threatening infections that must be diagnosed and treated early on. However, antibiotic sensitivity assays used to detect resistance rely on cell culture that can take several days. Overcoming this limitation, researchers have now designed a novel self-driven DNA nanosensor that can rapidly detect methicillin-resistant Staphylococcus aureus, a lethal superbug, with high sensitivity and specificity.

Antibiotics have revolutionized the field of medicine by making it possible to treat most known microbial diseases today. However, their uncontrolled usage has led to the major global problem of antibiotic resistance. As we continue to exploit antibiotics, sometimes at doses much higher than needed, disease-causing bacteria are rapidly evolving defense strategies to evade them. These drug-resistant bacteria, also known as “superbugs,” cause severe infections that are difficult to treat and can eventually be fatal.

Methicillin-resistant Staphylococcus aureus (MRSA), a particularly vicious group of superbugs that have developed resistance to the antibiotic methicillin, is a major cause of hospital-acquired infections. Accurate and timely diagnosis is crucial for effective treatment. However, antibiotic sensitivity tests, the gold standard used to assess bacterial response to various drugs, are incredibly lengthy processes and can take up to a few days to yield results. Although alternative techniques employing enzymes and biosensors have shown some promise, they are dependent on external driving forces (like electrical or magnetic energy) raising the element of uncertainty.

In their search for a simpler and more reliable detection tool, researchers from Taiwan and Japan have now developed a highly sensitive culture-free and self-driving DNA nanosensor that can accurately detect lethal superbugs like MRSA. The nanosensor is primarily based on Brownian motion, a term used to refer to the self-driven random and erratic movement of microparticles. Excited about their findings published in Biosensors and Bioelectronics, Dr. Hiroaki Sakamoto, an Associate Professor at University of Fukui, Japan, and co-author of the study, ,

The preparation of these sensors took place in three steps. First, the researchers prepared short sequences of DNA, called oligonucleotide probes, that could recognize two different target sequences in the DNA of MRSA. To one of these probes, they attached fluorescent beadto be used for accurate visual quantification of particle movement. To the other, they attached bulky gold nanoparticles, which decrease the diffusivity or the rate of movement of the nanobead. When mixed together with MRSA DNA, the researchers saw that both the probes “sandwiched” the DNA, making their detection easy and rapid. The researchers also confirmed the specificity of the sensor from its inability to bind other DNA from other bacteria such as Escherichia coli.

The team’s novel biosensor design not only eliminates the need for time-consuming and laborious cell culture, but also simplifies sensor configuration without the requirement of any complex fabrication, resources, and external energy sources. Moreover, the nanosensor significantly decreases the detection time to a mere 10 seconds! Besides, it has a low limit of detection and can detect minute concentrations of up to 10 pM, thus facilitating quick and accurate diagnosis of infectious pathogens from extremely limited samples. It can also be customized for the detection of other pathogens apart from MRSA by modifying the target DNA binding sequence.

Regarding the important long-term applications of their work, Prof. Sakamoto explains, “In order to coexist with the threat of infectious pathogens, rapid and simple testing detection technology that can enable timely diagnosis and treatment is essential. Even if a new pathogen emerges, the social disruption that may occur due to the

Indeed, their novel DNA osensor is a cost-effective and rapid detection device that can strengthen our combat in the war against antibiotic resistance.

About University of Fukui, Japan

The University of Fukui is a preeminent research institution with robust undergraduate and graduate schools focusing on education, medical and science, engineering, and global and community studies. The university conducts cutting-edge research and strives to nurture human resources capable of contributing to society on the local, national, and global level.

About Dr. Hiroaki Sakamoto and Dr. Shin-ichiro Suye from University of Fukui, Japan

Dr. Hiroaki Sakamoto is an Associate Professor at the Department of Frontier Fiber Technology and Science, Graduate School of Engineering, University of Fukui, Japan. He completed his doctoral and post-doctoral studies in engineering and nano-sciences. His research interests include studying nanoparticles, nanofibers, and biosensors and their potential industrial and medical applications. He has authored several peer-reviewed articles in these domains.

Dr. Shin-ichiro Suye is the Executive Vice President for Research at University of Fukui, Japan. He completed his master’s degree in agriculture chemistry at Tokyo University of Agriculture and Technology, and then obtained his Ph.D. in enzyme technology from Kyoto University. His post-doctoral studies were focused on the development of biosensing systems with bionanotechnology. His main research interests are the development of biofuel cells by combining research from fields such as enzyme technology, genetic engineering, and bionanotechnology.

Dr. Han-Sheng Chuang is a Full Professor at the Department of Biomedical Engineering, National Cheng Kung University, Taiwan. Dr. Chuang received his Ph.D. from the School of Mechanical Engineering at Purdue University, USA. His research interests include biomicrofluidics, bio-MEMS/NEMS, optical diagnostics, and Caenorhabditis elegans. Dr. Chuang is currently the Guest Editor for a special issue in the journal Biosensors and an Associate Editor for Frontiers in Bioengineering and Biotechnology. Since 2020, he has also served as the President of the Association of Chemical Sensors in Taiwan (ACST). ACST is a professional non-profit organization focusing on sensing technologies with more than 200 academic and industrial members.